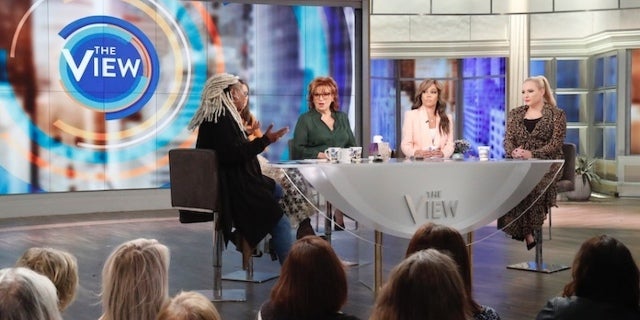 Fans of The View are still reeling from the report that Meghan McCain has no contact with her co-hosts off the air. The View is a discussion-based show, with McCain serving as one of the big representatives for conservative viewpoints. However, fans are split over whether she deserves ostricization.

McCain is often at the center of the most heated debates on The View, particularly when it comes to politics. She is not generally a supporter of President Donald Trump, but she does defend him at times, and other Republican leaders. This drives a wedge between her and some of her co-hosts, which is reportedly taking its toll.

Coronavirus ‘will have an impact’ on the budget bottom line

On Thursday, Page Six reported that McCain has not been speaking with her co-hosts off the air for “about a month.” When word of this spread, many fans of the show thought the other panelists were being petty.

“Silly little women with middle-school antics. Cliques are alive and well in plain ‘View’ to all,” one person commented on Facebook.

“They can’t have a discussion with anyone who has a different point of view. Hard to believe they are still on,” added another.

On the flip side, other viewers thought that McCain’s decorum was the problem, not her views. The host often gets emotional in the show’s discussions, sometimes raising her voice and frequently complaining that she does not get enough time to speak. They imagined it would be hard for her co-hosts to ignore that behavior in their down-time.

“It has to be very uncomfortable to work with a person so rude to coworkers that thinks is always her way or the highway,” one person guessed.
Still others thought the whole report seemed unlikely. They cited other reports that had claimed that McCain and the rest of the cast are all friendly off-screen, not letting politics come between them.

This week’s report relied on a source close to the production of The View, who said that even Abby Huntsman — former Fox News personality and the other outspoken conservative on the show — has stopped speaking to McCain.

“Abby was the last woman standing. It’s bad. Meghan’s so rude,” the source alleged. “Abby tolerates Meghan, but she doesn’t genuinely like her. Their friendship has soured.”

On the other hand, the panelists themselves have often tried to downplay rumors of in-fighting among them. Just last month, after a particularly heated argument with McCain, Whoopi Goldberg began the next episode by directly addressing viewers and assuring them that the cast is “family.”

“Things get heated on this show,” she said. “We’re really passionate. This is our job. Sometimes we’re not as polite to each other as we could be,” she said. “That’s just the way it is. But you’re gonna be dealing with the same thing when you sit around the table with your family and you don’t agree.”

SUBSCRIBE to GroupChat, PopCulture.com’s official Reality TV podcast! Check it out by clicking here or listen below.

HOLD UP! Hit play and listen to GroupChat’s new Episode 18! On our first episode of 2020 we’re talking Peter Webber and former ‘Bachelorette’ Hannah Brown meeting again, new ‘Vanderpump Rules’ SURvers are here, Kylie Jenner isn’t having the best kickoff to 2020 so far and is Jenelle Evans dating a new guy after her split from David Eason? Be sure to tap play for all the details!

Voyeur, 35, is jailed for a year after he spied on a naked 14-year-old girl as she got changed

Maps show where coronavirus started and why officials are so worried