by admin
in Lionel Messi, News
0

Man Utd missed out on signing Grealish for just £200,000 in 2012 despite Villa star having dinner with Rio Ferdinand

Barcelona have turned their attentions to Levante striker Roger Marti as the Catalan giants search for a new forward following the long term injuries of Ousmane Dembele and Luis Suarez.

The LaLiga club have been on the hunt for a new striker to lift the goalscoring burden from Lionel Messi with Barca short of attacking options for the latter half of the season.

And according to Football Espana, Levante striker Marti has emerged as the frontrunner, with Barcelona waiting to find out whether they will be allowed to sign a contracted player from another Spanish club this month. 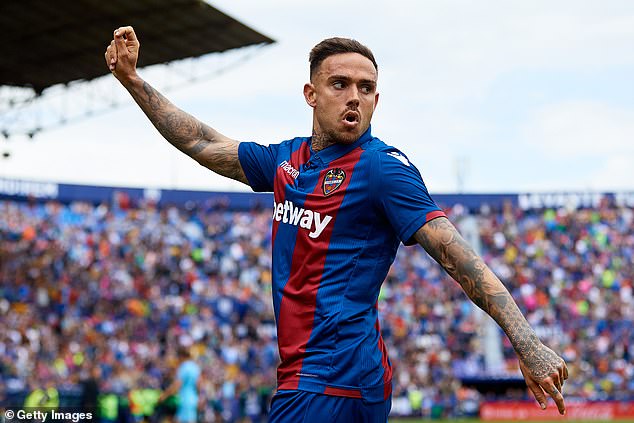